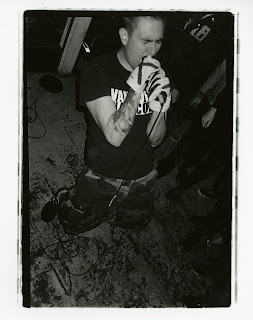 Hey there! Tonight i am going to post about a young Canadian straight edge/hardcore band called Out of Sight. I have to admit i downloaded their demo tape some time ago, but i haven't listened to it until i got in touch with James, who plays in this band (it was like a coincidence), so i decided it's totally a sign for me to check OOS immediately. I liked their demo, so i decided more people have to find out about them (yes, all 5 followers i have here) and now, as you can see, i am making this post and writing shit (while listening to Out of Sight, of course). So! I decided to ask James a few questions and make like a short interview, which would help to introduce them.
p.s. Out of Sight "Demo 2011" tape was sold out really fast on React! Records

N.: What's up James? How is it going? Tell us, please more about Out of Sight. Like, who are the members, what was the goal of making a band. What are good and bad characteristics of the members?
J.: Not much; awesome! Out of Sight is: Chad (vocals), Stephanie (bass), Alex (drums), and myself (riffs). When Chad and I came up with the idea to start the band, we really had no goal other than to deliver the Straight Edge reality, but we ended up with a band that's all vegan as well, so that's an added bonus. Not to toot our own collective horn or anything, but I guess we're the first straight edge band in the city made up of all kids aged 23 and under in a really long time, so that's kind of cool.
N.: I saw on OOS blogspot that the first post was made on Now, 13th 2010. When did you start rehearsing?
J.: We started jamming around September 2010 when we finally started renting a jam space with our friends in Tempest.
N.: Classic: where from comes the name Out of Sight?
J.: It's lyrics from the song "Out of Time" by Burn, a crucial band with lyrics that pertain to a lot of what we're about. I guess there's some dingleberry rock band that's been around for a while with the same name, so hopefully they don't sue us, since "Out of Sight A.D." would be a totally weird vibe.
N.: What's a Nerd Crew? is it like an inside joke or a real crew? I am curious!
J.: It's basically an inside joke referring to our group of friends (definitely not a crew), but there's a somewhat serious sentiment behind it. We wouldn’t have gotten into hardcore if we didn’t feel alienated from mainstream culture in some way, so it’s hard to understand why anyone would want to use it as another stepping stone to be cool. We feel that hardcore shouldn't be some easy, casual scene in which people can just front like they're hard and barely get involved, and it shouldn't mirror the rest of society's ignorance and insincerity. No cool guys in hardcore.
N.: What can you tell about hardcore/punk scene in Vancouver? Is it full of shit or a heaven on the Earth? haha What are your fav local bands?
J.: It's hard to generalize since there's a lot going on in punk, so I'll mainly discuss the all ages hardcore scene (which I'm stoked on). Admittedly, I moved here late in the game and everyone reminds me that I missed an era of great hardcore shows in the city, and the all ages scene is somewhat smaller now than it was in the heyday of bands like Go it Alone and Blue Monday, but there's still lots of dedicated people supporting the scene. The older heads have continued to hold it down by playing in great bands and putting on shows, and there's a lot of younger kids coming out, so I think things can only go uphill from here. Keep it Clear, Circles, and Vacant State are some of my favorite local bands, and I'm psyched to play Damages' first show in a while. Also, if you dig the guest vocals on "Count the Years", stay tuned for an upcoming 7" from Tongue Tied. They are a bunch of legit freaks who love Reserve 34. There's a ton of great bands in the city and not all of them are totally affiliated with the all ages hardcore scene, so I'll make a convoluted list of what I'm into:
The Bands:
Lush Vegetation (80's style hardcore in the vein of the FU's and Jerry's Kids)
Tempest (heavy influence from Uranus/One-Eyed God Prophecy and Takaru/Burial Year. They released a next-level LP a while back.)
Consequence Crew (serious Brotherhood and Confront vibes)
Spectres (Joy Division-inspired post-punk)
Fear of Tomorrow (ripping d-beat)
Wild Cravings (my other band... sorry for the shameless self-promotion. Down-tuned Scandinavian-style d-beat)
N.: Any plans for future? Shows, new records, tours, merch? Tell me everything!
J.: Our next show is the Damages record release with Vacant State and Consequence Crew, and that's a totally stacked lineup. We also have a tentative plan for a mini tour to B.C. and Alberta, and we want to play Washington as soon as we can. A confirmed dude already wants to help us put out a 7" that we haven't written yet, but I'm sure we'll be able to get the ball rolling on that in due time. Also, once we settle on a tight shirt design and scope out a good deal, we're printing shirts and hoodies. So long as we're not keeping secrets: we will fuel the hype by putting some shirts up on fake eBay auctions and driving up the prices into the hundreds.
N.: Your last words (sounds creepy, btw)
J.:  Fuck bar culture. It's ok not to drink. Celebrate hardcore history. Thanks! 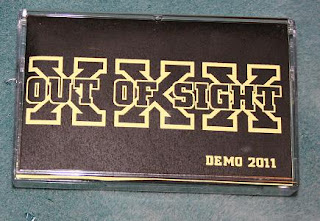 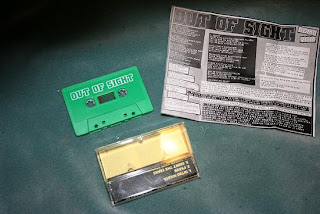